Eyes Still Wide Shut, The Money Changers are the Mystery! 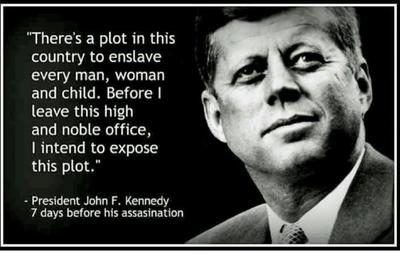 Understand that The US itself is a disguise.

Understanding of the history of and the current situation of World Politics is understanding The World Bank.

What you're missing is there is a World Bank Cartel that was started with the Rothschilds of Europe. They are the Zion secret, the Mystery behind the disguise, the Private Entity that controls England, the US and Canada, France, and Germany. They own the Banks of England, France and Germany morphed into the European Central Bank, the Bank of Canada and the Federal Reserve. These are not nationally run; this is a privately run entity.

They have access to thousands of billions in capitol and therefore capitalize by buying anyone and anything instantly in a capitalistic system. In the US they own everyone: the markets, governments, the Pentagon, The CIA, Reuters and the media are all on the payroll.

The Scales, the Hammers, and the Crows of the US have now made them Kings of the world.

The Money Changers were the Real Reason for the US revolting from England. Ben Franklin resisted them in the colonies and based our currency on silver instead of the gold standard of the the Rothschilds, and we prospered. They pushed their way in with the First Bank of the US, and Andrew Jackson drove them back out, and we prospered.

Since returning they are responsible for the assassinations of all presidents who challenged them from Lincoln thru Kennedy.

You do know that after Jesus Christ forcefully drove the Money Changers from the temples of Israel, Pilot was paid to have him crucified?

I don't know how accurate this is, for example, how you know that Pilot was paid by the Money Changers to have Yahushua ("Jesus") crucified. But, it's interesting and I have no doubt that Big Money is behind the New World Order which is behind America-Babylon and the soon-coming global kingdom of the the anti-messiah.