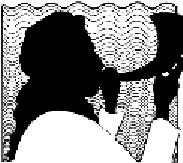 Watchman Bob was born in Texas in 1945. He grew up in a dedicated, Christian, church-going home and attended the main college affiliated with that church. So, he was thoroughly grounded in church doctrine and Bible knowledge.
However, after graduating from college, while serving in the U.S. Navy during the Vietnam War, Bob began to have doubts about some of the doctrines and practices of the church in which he was raised and began to yearn for a more personal, real relationship with the One he, at that time, called "God." But he would never consider leaving the church, because all of his life he had been taught that it was the only true Christian church and all those who were not members in good standing were lost.
Remarkably, while in perplexity over these things, Bob received a postcard in the mail, which was an advertisement for a new religious magazine. Bob would normally have trashed mail like that, but felt compelled to subscribe to the magazine. It turned out to be a magazine published by some who had left the church in which Bob was raised! And in about the third issue that he received, there was an article by a man Bob knew who had been a ministerial student at the college they had both attended, but who had left the church and became a minister in another denomination. And in his article, he explained how that the church he had left had the "cart before the horse," so to speak: it emphasized correct doctrine and practice over a personal, spiritual relationship with "God." And, when Bob read that, the lights came on! With that understanding, he was enabled break his life-long ties to that church.
Then, his quest for True Christianity began. Bob had no doubt about the basics: "Jesus" is "God" incarnate; no one knows the one, true "God" except through Him; and True Christianity is not just a religion but is a dynamic, growing relationship with the Lord. But the question was: which denomination, church, sect, or group of believers best practices True Christianity? There are thousands of churches or church groups out there. Do most of them, with only minor, unimportant differences, have it right? Or are there only a few? To make a long story short, during the next twenty years, Bob went from church to church: Baptist, Methodist, Seventh Day Adventist, Brethren assemblies, Nazarene, charismatic, Word of Faith. . . . He even visited a Catholic church. He fellowshipped with them, taught in their schools, read their books, studied their doctrines, and studied the doctrines and practices of many other churches and religions. He studied the Scriptures and prayed that the Lord would show him where he could find True Christianity. But there was always something wrong - something missing - in the churches Bob attended and studied. He could not put his finger on it - wrong emphasis, wrong doctrine . . . something.
Finally, Father Yahovah ("the LORD") spoke to Bob’s heart,

Then, Bob learned by experience that Yahovah had told him the Truth. When he started to share his convictions about True Christianity and modern Babylon in the small "Christian" farming community where he taught high school and coached, he found that he had opened not just a can of worms, but a pit of snakes. The emotional and spiritual climate turned very cold. Then, immediately after making a short speech at an awards ceremony about how we need to be thanking and glorifying "God" for our accomplishments rather than patting ourselves on the back, he was fired from his job and his 30-year career was down the tubes. And as he continued to share the truths and implications of the Bible, especially the book of Revelation, with friends and family members, virtually none of them responded positively: Most responded with silence; some had negative comments and made it clear that they wanted to hear no more; some coldly cut off further communications and visits with Bob.
Also, Bob came to the realization that almost the entire Christian Church, although some of its members insist that they are pro-Israel, consider Yahudim ("Jews") at best second-class citizens in the Kingdom of "God" when the Bible teaches just the opposite - that Gentiles who come to faith in Yahushua ("Jesus") are grafted, contrary to their nature, into Yahovah’s original, natural, and eternal olive tree Israel (cf. Romans 11:24), making them “fellow citizens” in the “commonwealth of Israel” (Ephesians 2:12, 19).
So, after over a year of encountering hostility when attempting to minister Yahovah’s Word concerning True Christianity to “Christians,” plus the awareness of subtle (and often not-so-subtle) Antisemitism in the Christian Church, Yahovah showed Bob that virtually all of “Christian” America is not open to True Christianity - that America is indeed modern, prophetic Babylon - and that he was “casting [his] pearls before swine” in attempting to minister the Truth to most Christians.
Therefore, being aware of “things which must shortly come to pass” (Revelation 1:1), Bob has dedicated as much time as he can to the study of Bible prophecy and current events; warning others, in and out of the Church (anyone who will listen), of the imminent annihilation of modern Babylon, the "Great Tribulation," and the "Day of Yahovah" soon to come; and helping those who have "eyes that see and ears that hear" to be on the winning side - the army of the true Messiah. Through this ministry website he is attempting to facilitate the development of a network of likeminded watchmen who will take the Truth to whoever will listen, before it is too late. If you are interested in learning more about this watchmen's ministry, please visit the Get Involved page of this website.
Revelation Understood! is the result of Watchman Bob's studies and the Scriptural basis of the ministry that Yahovah has given him.


Thank Yahovah for His Revelation which shows us both "things which are" and "things which must shortly take place!" And pray for those who, refusing to believe Yahovah's Word, will have no knowledge of what is really happening and what is going to soon happen . . . until it comes on them like a thief in the night and is too late for them to do anything about it.


Return from "About Watchman Bob" to the home page of this Revelation commentary.

Add Your Own Commentary to "About Watchman Bob."

Do you have your own experiences or testimony concerning your involvement in Christianity and/or Hebraic Roots to share?

If so, please do so here.


What Other Visitors Have Said

Click below to see contributions from other visitors to this page...

My Spritual Journey
I was raised a Seventh Day Adventist as both my grandmothers (widowed at an early age) were staunch SDAs as also was my mother, and though my father was …

Come out of Babylon
As I was reading the testimonies of many of your visitors, I can see how similar they have been to my own. I had a Messianic Rabbi that stated,Yahweh …

My adoption into the Yisharal of Yahuah
After 40 years as a practicing Christian, I retired from my job of looking after Psychiatric clients. As my wife and I settled into retirement I found …

Long road to get to the narrow gate.
Seems Bob and I went somewhat the same route in finding the narrow gate that leads to life. I suppose it is natural when one feels "something" is amiss …

He Said He Did Not Come To Bring Peace BUT A Sword
3 years ago right after my wife's death, Messiah opened my eyes to the truth of Babylon and told me to come out of her. When I tried to tell others of …

(Hebrew and Greek, my pabulum)
Hi Bob, It's me again, the word "Faith" is an abstract word and cannot be conjugated, it's from the Greek word "Pistis" English spelling. Pistis is …

you are not alone
Hi Watchman Bob: Thank you for your insights. I have been a follower of Jesus Christ for about five years and my reading of the Bible has led me to …

Re: Eternal Damnation
(4/4/15) Dan Carlson, Pastor of Community Bible Church, Aguila, AZ 85348, dandugancarlson@gmail.com Your Appendix on the definition of "eternal" and …

Divine Truths Revealed
I was shown the utter and complete destruction of Americs by nuclear attack. Everything you write about is true...I saw it in heaven from God's perspective. …

Hi Bob
I just wanted you to know brother, please do not say Lord. In Hebrew it means Baal. Look up Baal and you will see it means Lord. I know Yahuah will show …

Have your say about what you just read on this page! Leave a comment in the box below.

Stay Informed!
Current Events in the Light of Bible Prophecy

Get Involved!
Be a Watchman.

For irrefutable proof as to the spiritual roots, the Biblical identity, and the prophesied destiny of the United States of America, read

For quick access to the commentary on a chapter of the Revelation, click on its link below: